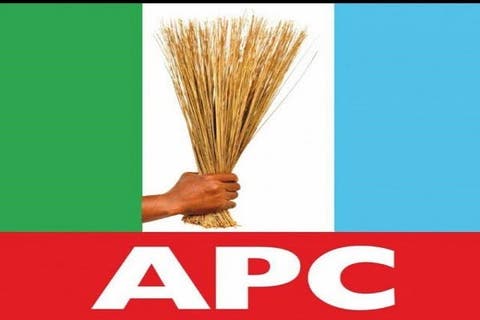 The National President of the Middle Belt Forum, MBF, Dr Pogu Bitrus has stated that politicians defecting to the All Progressives Congress, APC, are those who have cases and problems hanging on them or those who have skeleton in their cupboards.

He said he would therefore not be amazed if the assertion by the All Progressives Congress, APC, that it would shock Nigerians with massive defections actually happened because they were being coaxed and intimidated to join the APC.

Dr. Bitrus who spoke to Vanguard Thursday in Makurdi noted that Nigerians were watching the development as they unfold since they were not stupid people.

His words, “Of course I will not be surprised if that happens because if you look at the characters who defect, they are people who have cases, skeleton in their cupboards or some problem hanging on them.

“That means that they are being coaxed or intimidated into coming into the party to have safe haven so that they would be safe from prosecution and other things.

“So that technique, I believe is what they are going to use, so I won’t be surprised if we have people who have skeletons in their cupboards seek cover in the party.

“But they must realize that the ordinary Nigerian will be sad about this. Just like the latest ones, a senator who had an issue at a sex shop who decamped and the Governor from the east.

“So it is people who have some problems but what I know and believe is that Nigerians know what is going on and they are not stupid and let’s wait and see.”

On his part, the Convener of Middle Belt Movement for Justice and Peace, MBMJP, Comrade Joe Bukka said “It will be foolhardy for any politician to opt for a party that has unleashed unimaginable poverty and pains on Nigerians.

“A party that dragged Nigeria into recession twice in five years should certainly not be a party of choice for any right-thinking politician.

“Nigerians have now realized that they were deceived into voting out former President Goodluck Jonathan and the Peoples Democratic Party, PDP, in 2015 and no right thinking person would want our country to remain in the hands of a political party that has led us to become the poverty capital of the world.

“Under the watch of APC we have witnessed the escalation of insecurity and insurgency in the country. Nigerians are going through terrible hardship. Families cannot feed and our children are dropping out of school because we cannot pay their tuition.

“This is a political party that gave us so much hope in 2015 that it will fight corruption and transform our country, but today all those who they claimed were corrupt have ran into APC and gained immunity from prosecution for corruption.

“Armed herdsmen are killing and sacking our people from their ancestral land and this APC government turns a blind eye to their atrocities. They have refused to take action to end the killings.

“An APC led government that refused to tag well-armed killer herdsmen a terrorist group as acknowledged in parts of the world but choose to slam IPOB an unarmed group as a terrorist organisation is certainly not a party a well-thinking politician should be proud to identify with.

“If all the politicians want to run into APC, they can go ahead but we the masses will choose those we want to lead us come the next general election irrespective of the political platform.

“We will not allow self-seeking politicians ruin our lives anymore because we are all going through hell in the hands of the present APC led federal government at the moment and we will not allow that to continue. So they can all defect to APC but the pain we are going through is enough to tell those defecting that they are about to commit political suicide.”