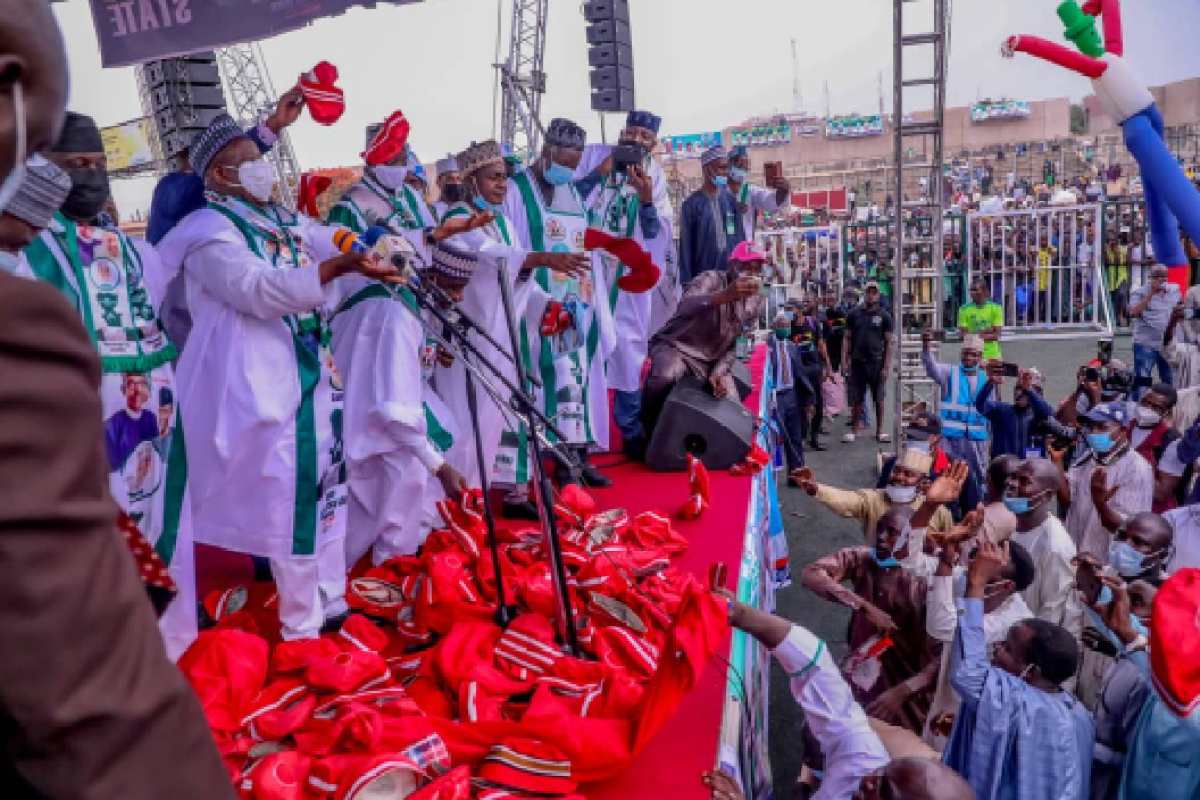 Governor Abdullahi Umar Ganduje of Kano state has urged all regional and ethnic associations in the country to start and hasten a process for organising a national summit for national integration, for the development of the country.

Observing that “Our differences should be the source of our strength and a window for exploiting our potentialities.”

He made the call during the celebration of Democracy Day, held at Kano Pillars Stadium, Sabongari, Kano, appreciating that, “We thank Ohaneze Ndigbo, Arewa Consultative Forum, Afenifere and Middle Belt Association for their resolve to opt for the oneness of Nigeria.

Their belief in the indivisibility of the country is commendable and encouraging. This shows how committed you are to the development of our dear nation.”

“I urge all these regional associations to come together and organize a summit for all parts of the country, with a view to enhancing our national integration. Peace and stability must continue to be our key words for a meaningful development,” he urges.

Adding that, the diversify of ethnic nationalities in the country, is but a blessing to the country, emphasising that, “Our diversity is a gift from Allah. And it is a source of strength.”

“As we are celebrating Democracy Day today, it simply shows that, we as collective Nigerians, recognize a complete national integration for all of us,” he stated.

Representing the National Chairman of APC, Yobe state governor, Mai Mala Buni, APC stalwart, Hon Faruq Adamu Aliyu, who supported the governor in accepting, into APC fold, all the decampees, called on all party members to remain focused and steadfast in making the party waxing stronger.

“The National Chairman is unavoidably absent because of the rainy weather in Kano in the morning. He wished to be here, but the situation was beyond his control. He therefore sent me with his apology and wished us fruitful deliberation,” he added.

At the occasion, two former gubernatorial candidates from other parties, Malam Saluhu Sagir Takai and Umar Yakubu Dan Hassan, were among the decampees who joined the ruling All Progressives Congress (APC), alongside many political heavyweights, who decamped to APC.

Also cross carpeted to APC, were Coordinators of the former governor of Kano state, Senator Rabi’u Musa Kwankwaso, when he was aspiring for the Presidency, from 27 states of the federation. With their members.