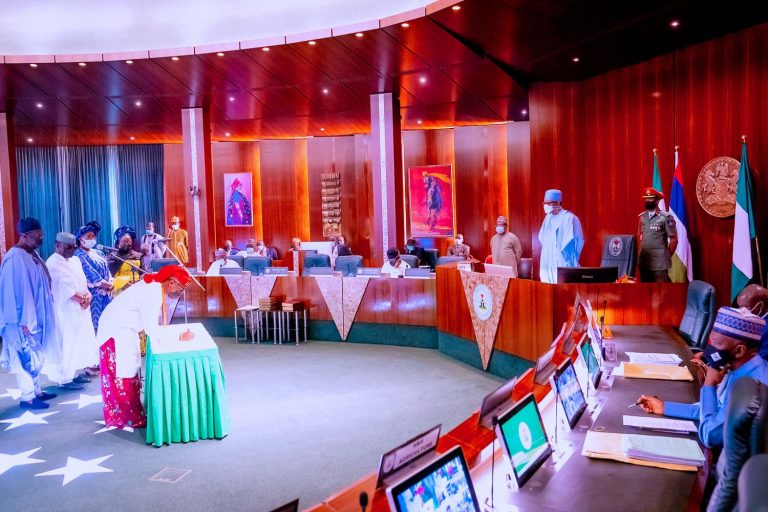 President Muhammadu Buhari, Wednesday in Abuja administered the oath of office to new commissioners of the Independent Corrupt Practices and Other Related Offenses Commission and the National Population Commission.

Buhari sworn in the 10 commissioners who were confirmed by the senate in March shortly before the weekly virtual Federal Executive Council meeting held at the Council Chambers of the Presidential Villa Abuja.

Shortly after, the President proceeded into the agenda of the weekly FEC meeting.

Those who physically attended the meeting include Vice President Yemi Osinbajo; Secretary to the Government of the Federation, Boss Mustapha and Chief of Staff to the President, Prof Ibrahim Gambari and National Security Adviser, Babagana Monguno (retd.).

Ministers of state and the Head of Civil Service of the Federation, Dr Folasade Yemi-Esan, joined virtually from their respective offices in Abuja.