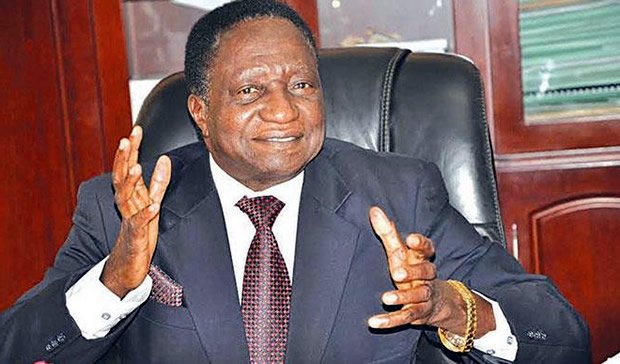 The Federal High Court sitting in Abuja on Thursday has granted the bail application of a former Registrar of Joint Admissions and Matriculation Board, Prof Adedibu Ojerinde.

The court granted him bail in the sum of N200 million with two sureties in like sum.

According to bail terms, one surety must be a professor in a Federal University and the other must be a property owner in Abuja. The court also stated that their residences must be verified.

The court also ordered that Ojerinde must deposit his passport with the court registrar.

The matter was adjourned to July 22 and 23 for trial.

Justice Obiora Egwuatu made the order after the court resumed sitting to rule on the bail application after the case was stood down a second time.

The court had stood down the matter the first time after it was called up but Ojerinde was not yet produced in court for the hearing of his bail.

The Prosecution lawyer, Ebenezer Shogunle, informed the court that Ojerinde was on his way to court but was delayed by traffic.

Shogunle applied to the court to stand down the matter until Ojerinde makes it to court.

The Defense Counsel, Peter Olorunnishola (SAN), was not opposed to the application. Thus, the court stood down the matter and proceeded to take other cases on the cause list.

After the court had concluded with other matters listed for the day, Ojerinde was still not in court.

Justice Egwuatu, who was displeased with the situation, admonished the parties that the court sits by 9 in the morning and they should ensure they are in the court on time.

Consequently, the court had to rise.
Ojerinde, who was looking frail, was supported to the dock as it appeared he could not walk unaided.

Ojerinde’s lawyer, Olorunnishola moved his motion praying the court to grant his client bail. He moved the motion in terms of the motion paper.

The Prosecution’s lawyer, Shogunle, opposed the bail application. He argued that while Ojerinde was in their custody, they granted him administrative bail, but that he breached it.

He also argued that the claim of ill-health which Ojerinde was relying on as a ground for the bail application was not supported by a medical report.

Ojerinde’s lawyer responded that they have filed their reply to the prosecution’s counter-affidavit and also added that the prosecution had concluded their investigation which was why they had charged Ojerinde to court.

Recall that Justice Obiora Egwuatu on Tuesday had ordered that the former JAMB boss, Ojerinde, be remanded in prison pending the hearing of his bail application.

Justice Obiora Egwuatu gave the order after the former JAMB boss was arraigned on an 18-count bordering on alleged fraud and diversion of public funds to the tune of N5.2 billion.

In the suit marked FHC/ABJ/CR/97/2021, Ojerinde was alleged to have committed the offence during his time as the Registrar of the National Examination Council and JAMB.

While taking his plea, Ojerinde had pleaded not guilty.