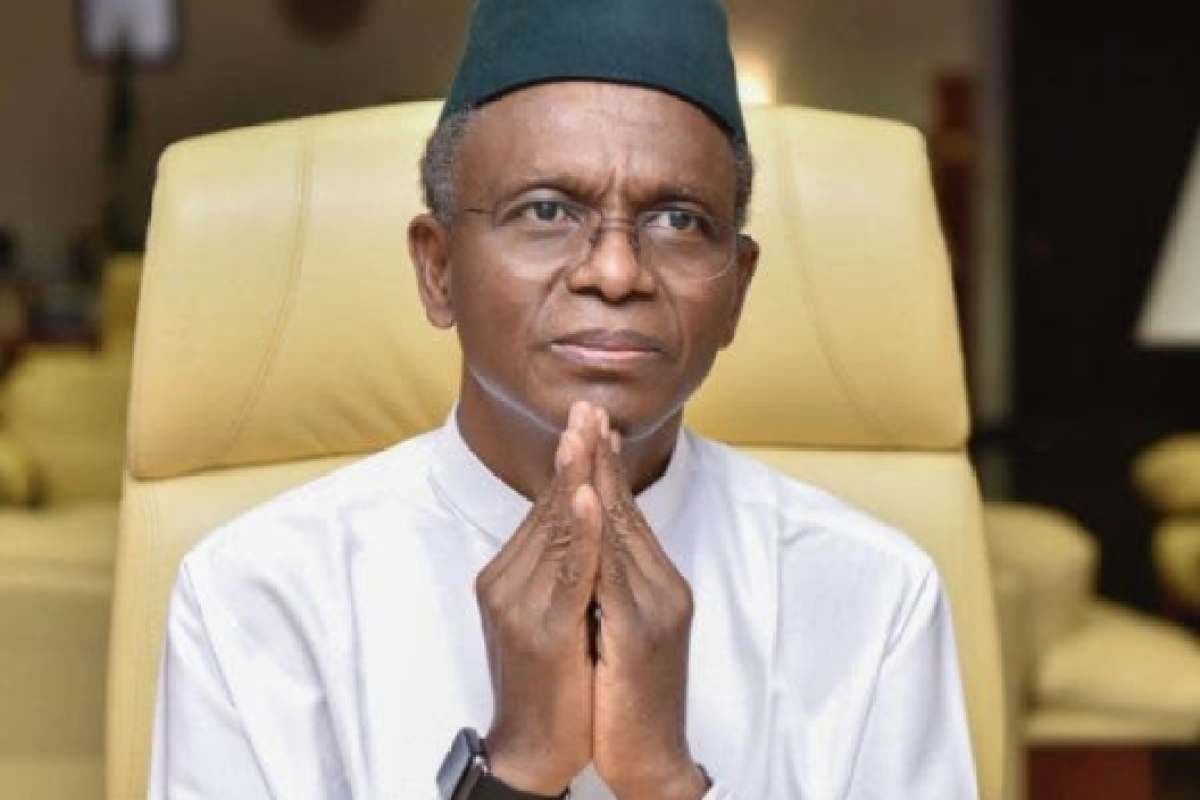 At a point, I spare some minutes to meditate, take a recap of events and regurgitate them to help me understand our past destination, the current one and the one in the near or far future.

It’s exactly four years ago that governor El-Rufa’i rolled the heads of over 22,000 teachers of Kaduna state after a well orchestrated blackmail campaign against them. Demonically, he described all the 22,000 teachers as totally unqualified to teach primary school pupils. I can’t help, but to wonder the IQ measure of Kaduna state pupils. Maybe, they get 130+ IQ . In what he called restructuring exercise, El-Rufa’i organized a purported “competency test” which  was short of credibility and integrity by all standard measures. One  of the questions asked was to write the name of the then American president (Donald Trump).

That means, if by either anxiety or examphobia a teacher swap alphabets he is gone! What a professional test! But, I don’t think United States of America has ever produced a governor who would contemplate testing the quality of his teachers by asking them to write the name of Olusegun Obasonjo, Goodluck Ebele Jonathan or even the El-Rufa’i’s temporary father, Muhammadu Buhari.

In fact, not even the name of any president in the world. Otherwise, the governor would have been considered the maddest or the most insane in the history of America. For good four years after the abrupt and illegally advanced disengagement exercise, I have never come across a single index that indicated quality improvement of education in Kaduna state. Why? Because the ‘restructuring’ was not able to answer perfectly the following questions:

Are the disengaged teachers really unqualified to teach at basic level?

Are the replaced teachers really more qualified than the disengaged ones?

Is the teaching/learning environment conducive for quality service delivery?

What is the frequency of training and retraining of the teachers?;

Are quiz, debate, exhibition and presentation functions sponsored and encouraged by the State Ministry of Education in order to enhance intra and inter schools level of competitiveness? In a more lucid statement,  the exercise is what I termed redestruction.

Visiting ramshackled schools in Milgoma, Kufena and Shika will confirm to you that El-Rufa’i has been delving in a gutter of purposeless and capitalist oriented leadership.

Within the same year, El-Rufa’i turned the wheel of his retrenchment vehicle to local government councils were he sacked no less than 4,000 staff leaning on what he called redundancy. Questions emanate therefrom: were all departments and units in LG Secretariats created right from inception without stipulated schedules or were they  rendered unscheduled due to hijacking of such schedules by state  governors? Or has the government of El-Rufa’i lack the capacity to carry out conversion or creation of relevant schedules which could ram well with the existing socioeconomic blueprint of the state? To the best of my knowledge, merging-splitting, scraping-creation are done based on how productively relevant a particular department or unit is in terms of providing needed services for global and local consumptions. This implies that, as core  schedules of a given department or unit go obsolete new ones emerge, thus the need for conversion or creation, which ought to be carried out systematically and cautiously to avert overnight negative consequences typically massive retrenchment.

Few days to the commencement of Ramadan fasting, the governor laid off up to 4,000 LG staff across the state LG areas. This is in addition to many other intermittent red cards that come in tenths which usually go unnoticed.

Unreservedly, El-Rufa’i’s adminstrative incompetence, political naivety coupled with untamed tutelage have been defining the current trilemma of Kaduna state workers. Perhaps, being an accidental civil servant who served with little passion and weak commitment, the governor has failed to understand the seed of horror he is sowing today as well as it amoebaid repercussions. I may not like to scratch well beneath the skin, but the most tragic consequences of this mass sacking will be obvious in social insecurity, systemic and collaborative corruption and total lack of honesty in the civil service system of Kaduna state.

Another lacuna of the governor manifests in his disarrayed actions and irreconcilable pronouncements. The governor claimed to have improved significantly the IGR of the state, yet, he mortgaged the state by borrowing 350 millions dollars. Paradoxically,  he still connect the mass sack  to his government’s inability to execute other development works. Has the governor forgotten about the borrowed money which he promised to deploy wholesomely and prudently for capital projects, both infrastructural and social?
I uphold a view that, culture conflict, religious bigotry, and to a good extent ideological decay have played well in deactivating the expected response from the Kaduna state populace. Regrettably, those who voted him for the second term because of his deceitful Muslim/Muslim ticket are now fasting the greatest month of Ramadan with little or no food on their tables.

I wish the people of Kaduna well but the state is far away from the garden of prosperity and growth and development under the incumbent administration.

No fewer than 1000 supporters of former Governor, Abdulaziz Yari and Senator Kabiru Marafa from Bungudu Local Government Area of Zamfara State have dumped the opposition All Progressives Congress (APC) and embraced the ruling Peoples Democratic Party (PDP).
The decampees were yesterday evening received earlier by the PDP State Chairman, Alhaji Tukur Umar Danfulani Maikatako who later presented them to Governor Bello Mohammed Matawalle at his residence in Gusau, the state capital.

The leader of the decampees, Comrade Abdullahi Danda Bungudu said they were at the Governor’s residence to register their support as they had declared their defection earlier at the state PDP Secretariat and were received officially by the state Party Chairman, Alhaji Tukur Umar Danfulani.

Comrade Danda further stated that the reason they defected from APC to PDP was due to the way and manner the Governor handled the security situation in the state and the many laudable projects he is executing in less than two years of being in office.

He observed that it is on record that before the coming of Matawalle’s administration, Zamfara State residents were in a serious war with bandits which almost destroyed the state to a failed one as all government machineries were not working.

Bungudu, however, averred that the vision and foresight of Governor Matawalle and his style of leadership changed all that and convinced them to join the Peoples Democratic Party (PDP) from their former political party, APC.

Responding, Governor Matawalle said his administration was determined to bring development to the people of the state at all levels with a view of making the state more secured and economically viable.

He further said, “as a leader, my primary responsibility is to protect the lives and property of the citizens including their dignity for the coming generations.”

Matawalle assured them of equal treatment in the party and also commended their foresight and positive decision of joining his party, the PDP for the purpose of developing Zamfara State collectively.

The Governor added that with people of their calibre in the party, he is sure that a lot will be achieved.

Notable among those who defected were Comrade Abdullahi Danda Bungudu, Alhaji Adamu Abu Samawa and Alhaji Abbas Abdullahi Bela who was the current Vice chairman of APC in Bungudu Local Government.
Source: The moonlight online

Chadian President Deby has been reportedly killed in a battle with rebels.

Déby was confirmed dead after sustaining injuries in battle field.

Details of his death are still sketchy.

He was reported dead on Tuesday, a day after he won re-election for a sixth term in office.

The Chadian national army has confirmed his death, saying he died from injuries sustained in a fight with rebels over the weekend.

Deby was said to be commanding his army in the battle against the rebels in the far north.

The Chadian army is currently combating rebel forces who have launched an assault on the capital, N’Djamena.

Déby has been Chad’s president for about 30 years.