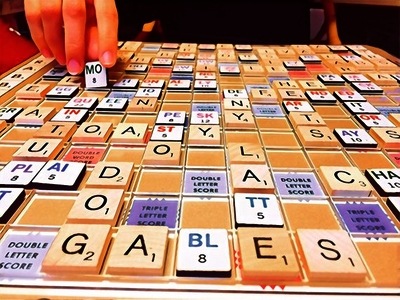 Over 700, 000 naira will be on offer at the first Emmanuel Egbele Annual Scrabble tournament which is slated to hold at the COWSLO Hall, Lekki, Lagos from the 26-27 of this month.

Top Jammers across the country are expected to jostle for honour and glory at the tournament which organisers promised would be a memorable event.

Players will compete in the Masters, Intermediate and Opens categories where a top cash prize of 150,000 naira is guaranteed for the winner.

Top 15 players as well as spot winners will also win cash prizes at the two-day competition schedule to  begin this Friday.

The Chief Organiser, Emmanuel Egbele who was appointed as a board member of the Lagos State Scrabble Association, said the tournament was conceived to impact on the development of scrabble as a sport.

“I will say that this tournament has been long in the works and it’s actually conceived sometime ago. Basically” he continued, “the whole idea is, Yes we know scrabble as a sport has a wide followership in Nigeria, and of course, you know  our country is one of the best if not the best in the world so, putting up a competition like this is to contribute to the development of the game. It’s also an avenue to give players the opportunity for to come out and play and be able to win some prizes especially as we all know that from last year due to the Covid19 pandemic,  there have been scarcity of competitions and some major tournaments in scrabble. So putting this together is to encourage players to come, play and win prizes & also to encourage new players that may want to come into the game”.

“Don’t forget also that the National Sports Festival is coming up in April so, we also thought that putting it up at this time will afford those attending to use the tournament as a dress rehearsal” he said.