The Kaduna State Government on Monday, said contrary to her earlier statement that teachers and pupils of Rema Primary School, Magajin Gari Ward 2, of Birnin Gwari Local Government Area, were abducted by armed men who invaded the, only 3 teachers were abducted.

Samuel Aruwan, the State Commissioner for Ministry of Internal Security and Home Affairs, stated this at a press conference to update the media on the attack.

Though Aruwan, didn’t give any update on the previous abduction of 39 students of Federal College of Forestry Mechanization, Kaduna, but he said no pupil was among the latest abduction.

According to him, “following the attack by armed bandits at around 8:50am today Monday 15th March 2021 at Rema Primary School, Magajin Gari Ward 2, of Birnin Gwari Local Government Area, and the first update given by the Kaduna State Government which stated that reports were being received of a kidnapping at the said primary school.

“Pupils who had just arrived the school to begin the day’s activities, took to their heels in the course of the commotion, as the bandits invaded the premises on motorcycles. This led to two pupils going missing, identified as Ahmad Halilu and Kabiru Yahaya.”

He addede, “however, we are happy to inform you that the two missing pupils have been found. We can also confirm that no single pupil was kidnapped from the school. Other than the three teachers previously mentioned, no staff or pupil of the school is missing following the attack.

“Security reports have also revealed that the bandits rustled several cattle and went away with five motorcycles and other valuables.

“In summary, as it stands, three teachers of the Rema Primary School, Birnin Gwari LGA have been kidnapped, and following thorough checks, we can verify that no pupil was kidnapped.

“The Military and other security agencies in the Birnin Gwari general area are in hot pursuit of the bandits to ensure that the three kidnapped persons are rescued safely.

“Similarly, troops of the Nigerian Army on patrol in the Faka general area of Chikun Local Government Area, rescued a young boy wandering in the Faka Forest. The boy, identified as Adewale Rasaq, was kidnapped over a week ago in the Kudenden area of Chikun Local Government, and escaped from his captors while his parents were negotiating the payment of a ransom of about 15 Million Naira to the bandits.

“Furthermore, troops of the Nigerian Army while on aggressive fighting patrol in a forest around Kachia and Kauru Local Government Areas found a girl, Fatima Lawal, who also escaped from bandits. According to her statement, she was kidnapped about three weeks ago at Randa village, in Kadage general area of Kauru Local Government.

“These two persons will be handed over to their families through the Chairmen of Chikun and Kauru Local Government Areas respectively.

“Overall, the Kaduna State Government is sustaining collaborative efforts towards tracking down the criminals and retrieving their hostages. The Governor is actively engaging critical stakeholders towards the speedy achievement of this objective.

“Citizens are encouraged to assist the efforts of the Government by volunteering useful information to the Kaduna State Security Operations Room, on 09034000060 and 08170189999.” 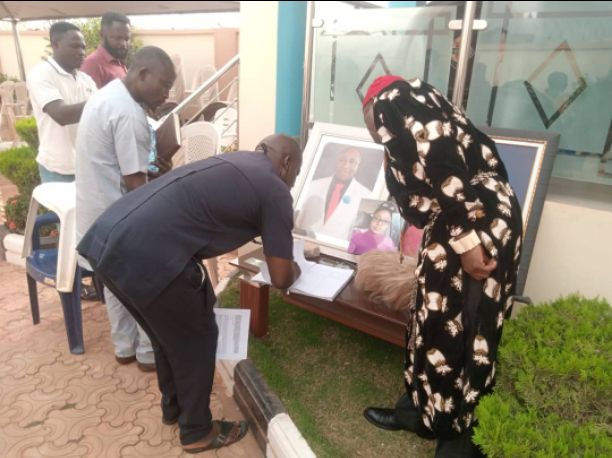 The Ohanaeze Ndigbo Kaduna State Chapter has said that the death of Comrade Dr. Silas Adamu alongside his wife and daughter has created a huge vacuum among tribal leaders in Kaduna State.

“We must state in unequivocal terms that the death of Dr. Silas Adamu has created an irreconcilable vacuum among all tribal leaders of origin and those of residence in our dear Kaduna State,” he said.

He said that it is with grief and shock that the apex body Social-Cultural Organisation received the news of his death which he described as untimely, painful and unexpected.

“We are saddened, pained and Ohanaeze mourns!” He said.

He explained that after his election as the President of Atyap Community Development Association (ACDA), he spoke with him on several prosoects.

” I congratulated him and chated him up on the obvious need for our joint collaboration among all other tribal leaders in seeing and returning back our dear state re-enveloped with love and the beautiful glory we all had once enjoined in the past, not realizing of the timely tasks and contract our Almighty God had for him, here on earth,” he added.

Speaking further, he said that the late President General of Tsaunin Kura GRA Residents Association (Sabo GRA) has gone to be with his “Maker” adding that, “we plead with the people of Atyap Chiefdom and the Tsaunin Kura GRA Community where he was their President General and most importantly his family members now left behind to mourn him, to find solace and continuous comfort in our risen Lord and forge ahead in line with legacies he.left behind”.

Speaking further he said, “As the apex Igbo Social Cultural World-wide Organization with a Chapter in our dear state, we commend his spirit and bid him farewell when we all gather soonest to commit him finally to mother earth.

“We sincerely pray for his gentle soul and the souls of his dear wife and daughter to continue rest in perfect peace of our Lord.

“This is our prayer particularly this
season of Christian Lent,” he added.

In his response, eldest son of the deceased, Kelvin Ayok Silas Adamu said that he was humbled by the visit of Ohanaeze.

“Our late Dad’s dreams of promoting peace not only in Kaduna State but NIgeria entirely, will not die, we pray it lives on,” he said.

Speaking further, he said that their father was not just President of Atyap Community ofrSabo GRA, but the visit shows he was more than that.

He said the condolence letter shows their father has created a vacuum which they will have to fill.

“We will require your prayers in ensuring the wound created by the demise of our father, mother and sister is healed.

“We also pray that another Comrade Adamu is raised to fill in the gap in our community,” he prayed.