After months of consultations, the billionaire oil Magnate and Founder Johnbosco Onunkwo Foundation, High Chief Engr Johnbosco Onunkwo has finally declared his interest to contest for the 2021 governorship election in Anambra State.

He revealed that it would be laughable for the next Governor of the state to be chosen by appointment or by some selected few in the corner of their room, saying that the contest must be thrown opened and allow the best man for the job to emerge from the primaries. 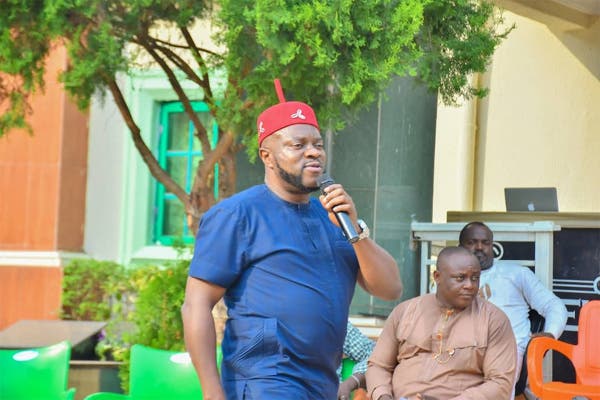 He added that what Anambra State needs at this critical point in time is #Ifedichie, noting that he has the #ifediche bluePrint maintaining that all he had to do as a successful Engineer in Oil and Gas sector was to deploy his wealth of experience to further raise the bar of good governance in the state.

The Umuchu born Philanthropist and Oil and Gas expert explained that “my ambition is being propelled by the strong desire to give back to the society that had been this kind to me. My administration will deemphasize projects that are more for visibility or the so called elitist projects”.

“Our focus will be on developmental projects that favour the masses. There will be a lot of focus on our rural areas, job creation through massive investment in agriculture, deliberate policy to attract more investors to the state and make our IGR to be at par with States like Lagos and Kaduna.”

“I have no doubt that I have the requisite capacity to raise the bar of good governance in the state”.

The Governorship aspirant also lauded the Leadership of Chief Basil Ejidike led State Working Committee for his efforts so far to reposition the Party for electoral victories.

High Chief Engr Johnbosco Onunkwo also promised to grant full autonomy to local government councils in the state, stressing that such gesture would help to provide good governance and bring government closer to the people at the grassroots.

High Chief Engr Johnbosco Onunkwo told them that he was not in the contest to become Governor of Umuchu or Old Aguata, but governor of the people of Anambra State, adding: “‘My politics is defined by true service to the people, leadership by transparency, accountability, and credibility, anything fair and just,” He concluded.

Highlights of the event were distribution of bags of Rice to all 27 Local Government Caretaker Committee of the Party from the three Local Government Areas and Cash gifts as part of Christmas celebrations. 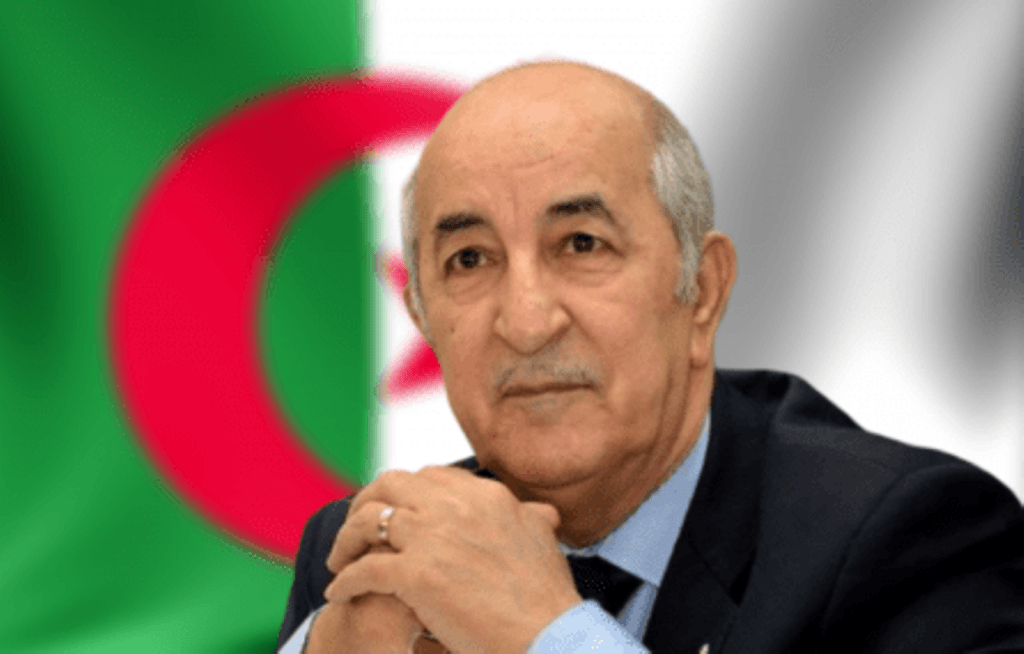 Algeria’s president Friday signed the country’s new constitution into law, his office said, after the document was approved in a November referendum on record low turnout as its leader received treatment abroad for Covid-19.

President Abdelmadjid Tebboune, who returned to Algeria this week after two months in Germany, had promoted the new constitution as the “cornerstone of the new Algeria”, as he sought to turn the page on the long-running Hirak mass protest movement.

But the document received the backing of less than 15 percent of the electorate, in a November vote overshadowed by the novel coronavirus pandemic and following Hirak calls for a boycott.

Following his resignation that April, the Hirak kept up the pressure to demand a full overhaul of the ruling system in place since the North African country’s 1962 independence from France.

The new constitution was pitched as responding to the demands of the Hirak, but keeps in place Algeria’s presidential regime and expands the powers of the army, a central pillar of the state.

Tebboune, 75, on Thursday approved Algeria’s 2021 budget and is hoping to launch a vaccination campaign against the novel coronavirus, using the Sputnik V jab produced by its Russian ally, as early as this month.

Few days to the 2021 elections of Ohanaeze Ndigbo, some leaders and members of the apex Igbo group are divided over the venue, and emergence of Professor George Obiozor as consensus president-general candidate.

At issue is Ohanaeze Ime-Obi’s approval of the application of Imo State to host the election and adoption of Obiozor as consensus candidate by some Imo State stakeholders.

As the state producing the president-general, some leaders said Imo State should not host the election more so as the state government was part of Obiozor’s endorsement.

Speaking on the issues, former presidential candidate and a member of Ohanaeze Ime-Obi, Chief Chekwas Okorie, said Imo could host the election.

His words: “It is very much in order for Imo State to apply to host the January 11, 2021 election of Ohanaeze Executive Committee. The Ime-Obi, the highest policy-making organ of the organisation, in an unopposed decision, approved the request of the Imo State Chapter of Ohanaeze to host the event. It will be recalled that the election of the outgoing Ohanaeze leadership led by Chief Nnia Nwodo from Enugu State was held in Enugu.

“The convention has been for Ime-Obi to consider favourably the application of any of the seven member states of Ohanaeze wishing to host the election at any point in time. The next state to produce the President General of Ohanaeze is Rivers State. If the state applies to host the meeting then, their request will not be differently considered.

“The adoption of Professor George Obiozor by the Ohanaeze Stakeholders in Imo State has precedence in some of the previous elections of Ohanaeze President General. At the inception of the rotation of the office of the President General of Ohanaeze which started with Abia State in alphabetical order, Professor Joe Irukwu was elected unopposed after Chief Bob Ogbuagu and Chief Emmanuel Adiele, both of blessed memory stepped down for him. Again late Ambassador Ralph Uwaechue of Delta State was elected unopposed after three other aspirants from Delta State stepped down for him.

“For the avoidance of doubt, it remains the prerogative of the other aspirants for the office of the President General of Ohanaeze to proceed to present themselves for the election or step down for Prof Obiozor which I sincerely recommend for them as a mark of solidarity and patriotism because the train has already left the station. There is nobody who lacks the endorsement of his State Chapter of Ohanaeze that has ever succeeded in clinching the presidential election of Ohanaeze.”

We must uphold Ohanaeze constitution— coalition of Igbo groups

However, a coalition of Igbo groups on the banner of Global Igbo Leadership, cautioned against flouting Ohanaeze’s constitution and undermining the integrity of the poll because of the tight electoral timelines.

They said: “Having reviewed the circumstances with regards to the tight Ohanaeze Ndigbo electoral timelines under the Covid-19 life threatening pandemic, Ohanaeze constitution and procedural concerns, it becomes of utmost importance for us to meet as a group and certain observations were made hereunder.

“Provisions for Ohanaeze Ndigbo local governments and States elections on the 6th Jan 2021 and the 8th Jan 2021 respectively create no room for appeal on the conduct of such elections if the need arises.

“Giving 48 hours for submission of delegates list under Covid-19 circumstance could deprive candidates access to the delegates;

“Holding physical elections in Owerri where more than 50 Igbo leaders will gather is contrary to the NCDC protocols and guidelines on mass gathering;

“An Imeobi normally meets to approve electoral guidelines so the window is highly limited, not safe and not practical to have a credible free and fair election and screening of candidates.

“The independence of Ohanaeze Ndigbo must be respected and upheld. There should be no political interference from any quarters.

“ We reject the proposed current Venue for the election scheduled in Owerri Imo State because the State producing the PG candidate does not host Ohanaeze’s election.

”For a credible election for Executives in Ohanaeze to be held and in accordance with Ohanaeze Ndigbo’s Constitution, Imo State must present at least 3 President General candidates. Therefore, we reject the so-called consensus candidate as it is unconstitutional Section 11(b).

“We commend and extol the virtues of the four President General Candidates aspirants who honoured our two meetings and they are: Dr. Joe Nwaorgu, Prof Chidi Osuagwu, Dr. Chris Asoluka and Chief Goddy Uwazuruike. They are indeed true leaders that ndi Igbo advocate for.” 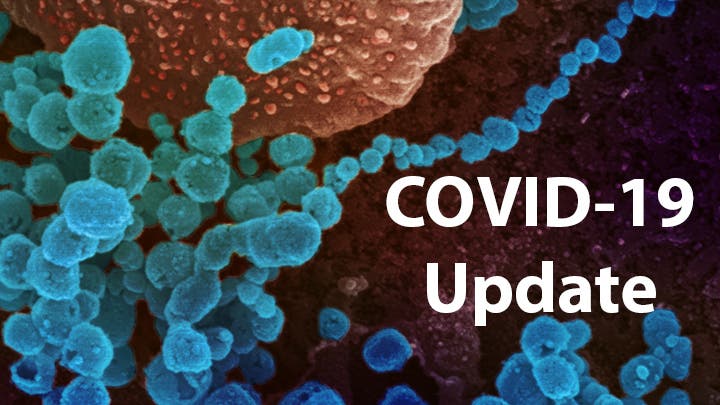 Medical doctors under the auspices of the Medical Guild have decried what it described as ”complacency” among Lagosians on the effects of COVID-19 even though the country was neck-deep in the second wave of the pandemic.

The doctors under the employ of the Lagos State government who also called for restraint on the part of the public urged the authorities of the State government to swing into action and put in place all that is necessary to safeguard the citizens.

In its message tagged: ”New Year Message: A time for Restraint and A Time for Action” the Chairman, Medical Guild, Dr Sodipo Oluwajimi said the use of face masks, social distancing, avoiding large crowds, isolating when sick and presenting to the hospital when symptoms like difficulty in breathing occur must remain in place through our the festive season.

“The first wave of COVID-19 brought with it unforeseen problems characterized by the fear of the unknown and led to a large number of infections, death, economic and social deprivation among all facets of the population including health care workers.

“We were able to emerge from the first wave using a combination of human kindness, innovation, hope given by spiritual fortitude and the application of science.

“The use of personal protective equipment, social distancing, hand washing, improved testing and contact tracing for SARS COV-2 with resilient work by our health care workers and cooperation of the public played a great role in achieving success., ” he said

Oluwajimi further reminded Lagosians that the virus in the second wave seems more vicious with several deaths among the elderly and vulnerable including health care workers.

He said the surge in new cases maybe most likely linked to the increasing influx of Nigerians and foreigners from abroad, poor use of social distancing and masks and complacency among the public on the effects of the virus.

“Now more than ever; is the need for restraint on the part of the populace, we must use the lessons learnt during the first wave to defeat this second wave. ”

He called for continuous health promotion, strengthening of border controls, testing and isolation of travellers from foreign countries, expanding testing of contacts and ill persons with prompt result notification, and expanding treatment especially for the vulnerable and ill.

Oluwajimi said the Government must also ensure social benefits for the most vulnerable and affected, while health care workers who bear the brunt of infections should also be prioritised for provision of personal protective equipment, health, and life insurance, and appropriate hazard allowances.

He pledged as members of the Medical Guild, Lagos to provide necessary care for patients and the populace while partnering with Government to have home-made solutions to the COVID-19 pandemic as it affects Nigerians and Lagos in particular.

He added that by working together, the state and Nigeria at large would emerge victorious from the second wave as they did in the first wave.