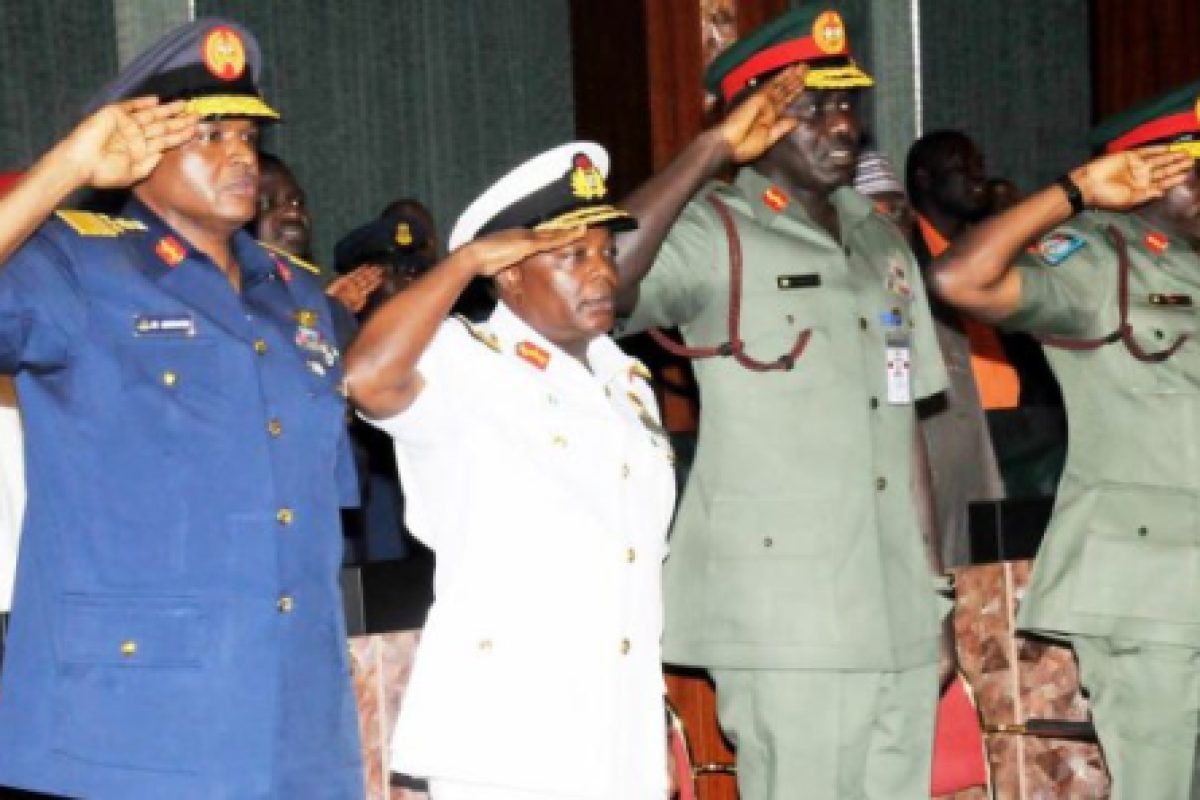 The Senate and leader of Boko Haram, Abubakar Shekau, differed yesterday in the number of casualties recorded in the sect’s attack on rice farmers at Zabarmari community in Jere Local Government Area of Borno State last Saturday.

While the Upper Chamber said 67 of the farmers were killed, Shekau claimed 78 were beheaded in the attack. Both Governor Babagana Zulum and the military had claimed weekend that 43 of the farmers fell victim of the attack.

The United Nations which earlier said 110 farmers were killed, said yesterday that it didn’t have accurate number of those actually killed.

Shekau said his group was responsible for the killing of the farmers in a video he released yesterday.

He said his men went after the farmers because they handed over a member of the sect to the Nigerian army, warning that those giving out intelligence on Boko Haram activities to the military would face the same fate.

The call, for the umpteenth time, came barely hours after Senior Special Assistant to the President on Media and Publicity, Mallam Garba Shehu, said on Arise TV programme Monday night that the service chiefs will remain in office as long as the President was satisfied with their performance.

The Senate’s call came on a day the House of Representatives was thrown into an uproar over resolution of members to invite the President to give an explanation on the security situation in the country, in the aftermath of the massacre of farmers in Borno.

This is even as Minister of Information and Culture, Alhaji Lai Mohammed, yesterday, insisted that Boko Haram had been badly degraded, saying it could only now attack defenceless people.

Senators at yesterday’s plenary questioned why President Buhari could not marshall the country’s security agencies to protect the people.

According to the senators, President Buhari has breached the 1999 Constitution as amended, having failed to adhere to Section 14(1) of 1999 Constitution which has to do with the government and the people as well as stipulates that the Federal Republic of Nigeria shall be a state based on the principles of democracy and social justice.

The senators argued that Nigeria will not move forward if the lives and property of Nigerians were not secured.

Resolutions of the Senate were sequel to a motion entitled “Beheading of 67 farmers in Borno by Boko Haram insurgents: Need for Urgent Decisive Action,” sponsored by Senator Kashim Shettima ( APC, Borno Central), co-sponsored by 17 other senators.

The Senate, which read the riot act to the President, asked him to immediately sack the service chiefs and appoint fresh hands to nip in the bud the insecurity in the country.

It also disclosed that 67, and not 43 farmers were killed in very gruesome manner by the insurgents.

The lawmakers adopted these resolutions after almost an hour-long deliberation on insecurity across the country and the recent killing of 43 farmers in Borno State.

Presenting the motion, Senator Shettima called for urgent, decisive action against Boko Haram, even as he said the primary responsibility of government was protection of lives and property of citizens.

Shettima, who lamented the rice farm massacre, said, among others: “The Senate is disheartened that more than 67 citizens were beheaded while they were working on their farmlands without any form of resistance or challenge from the security stationed a few kilometres away.”

He said that the Nigerian military in conjunction with other security agencies had not been able to quell the insurgency affecting the region, in spite the slogan by government officials that the insurgents had been technically defeated.

Continuing, Shettima said: “The Senate notes that Borno State has been the epicentre of the despicable activities of Boko Haram for over a decade, during which a conservative estimate of 40,000 people, mostly unarmed civilians, were brutally murdered, 2.5 million people displaced from their homes and farms, property worth trillions of naira wantonly destroyed and over seven million people, mostly women and children, plunged into dire humanitarian needs.

“The Senate notes also that the fight to control the border axis of the North-Eastern part of this country has claimed thousands of lives (military and civilians alike). That the fallen men and women of our military, police and CJTF are our national heroes who we must remember, pray for and care for their loved ones till the end of time.

“It is aware that over the weekend, Boko Haram insurgents beheaded 67 farmers who had gone to a rice plantation at Kwashabe village in Zabarmari District of Jere Local Government Area, 20 kilometres north of Maiduguri, Borno State, to harvest rice and destroyed the farm.

“It observes that this attack is one of the major attacks perpetrated by this devilish group in addition to the February attack in Auno that killed 40 people, the assault in Foduma Koloram village of Gubio that killed almost 100 civilians last June, while another attack in Usman Lawanti left another 40 dead.

“The Senate further observes that while Nigerian Army’s Super Camp strategy has commendably helped in reducing military fatalities, it has left rural areas, farms and roads acutely exposed to attacks.

“It observes that as the Wall Street Journal documented in a recent report and as supported by the testimonies of victims and survivors, while Maiduguri and other major cities are relatively safe, thanks to the efforts of this administration, Boko Haram insurgents are literally ruling our rural areas and roads such as the Damaturu-Maiduguri road, especially around Jakana, Damboa-Maiduguri and Damaturu-Dapchi, where they mount checkpoints, rob, kill, destroy and abduct at will.” He stated. 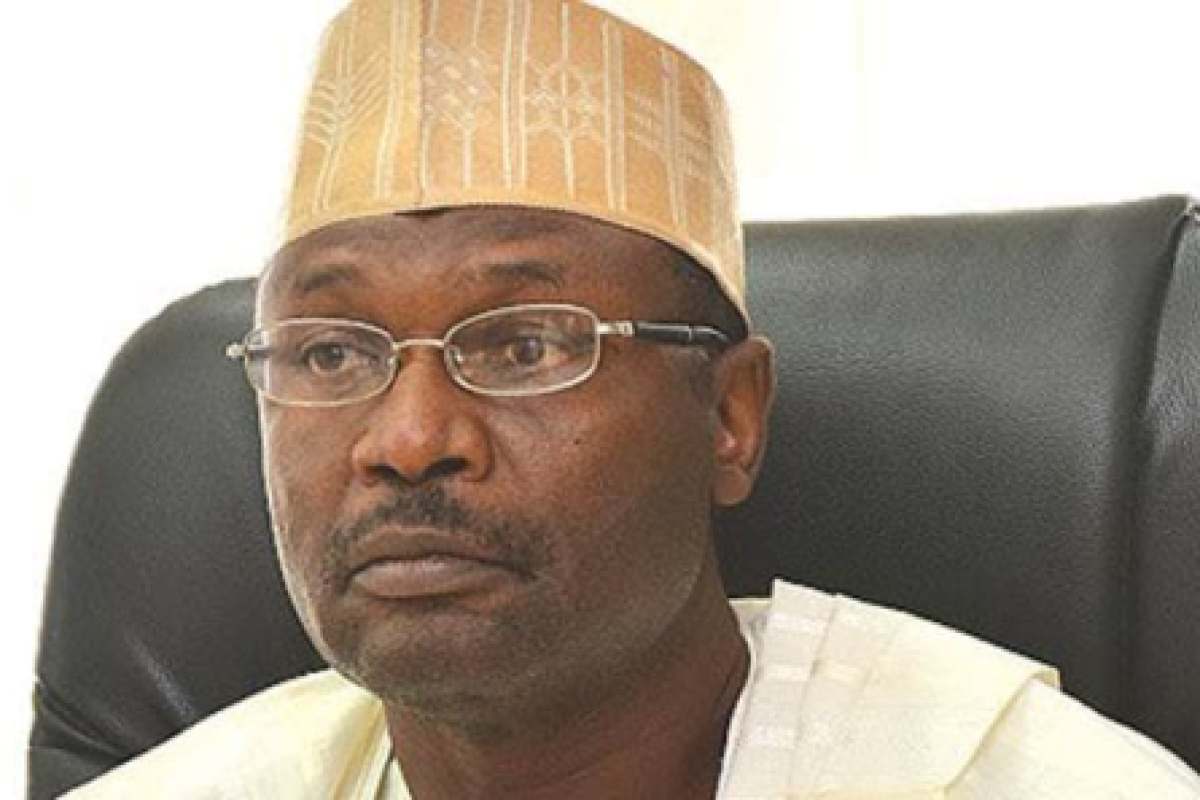 THE Senate, yesterday confirmed the nomination of Professor Mahmood Yakubu as the chairman of the Independent National Electoral Commission, INEC for another five-year tenure.

Professor Yakubu’s confirmation was sequel to the presentation and consideration of the report of the Committee on INEC by the Chairman, Senator Kabiru Gaya, All Progressives Congress, APC, Kano South.

President Muhammadu Buhari had on November 25 written the Senate to confirm Yakubu for reappointment.

The letter was read penultimate Tuesday on the floor of the Upper Chamber by the President of the Senate, Senator Ahmad Lawan. The letter was thereafter referred to the Senator Gaya’s committee for scrutiny. The committee was asked to report back, yesterday.

Presenting the report yesterday, Senator Gaya, who noted that the committee while screening the nominee found him capable, said: “The committee found out that there was no petition against him, the nominee displayed high level of intelligence and he is a man of integrity.”

According to him, the confirmation of Yakubu’s nomination reappointment was sequel to Section 153(1F) of the Constitution.

In his contribution, Deputy President of the Senate, Senator Omo Ovie-Agege, APC, Delta Central, said “this is the first time we are having an INEC chairman renominat-ed for a second term.’’

Senator James Manager, Peoples Democratic Party, PDP, Delta South who described the nominee as a man who had displayed rare courage and impartiality in the conduct of elections during his first term, said: “I urge the nominee that he should be more cautious of the INEC staff. This is because the name he will make when renomina-ted is more important than his achievements in the past. He should do the job to leave a legacy that is more than what he had achieved.”

Specifically, Nwaoboshi said: “Mr. President, two days ago, I read in the papers that PDP senators were opposed to the nomination of the nominee, and that today was going to be hot. But I’m very happy that majority of the people who have spoken on the floor today are PDP senators supporting this nomination.

“That is to show that the belief or what people thought was going to happen, did not happen. We have disappointed those who thought we are going to oppose this nomination. Many of us have tried to see if we can link him to any political party, or any political association, and we have not found anything. That shows that he is an unbiased umpire that is good and qualified.”

Meanwhile, the Senate yesterday received a request from President Muhammadu Buhari for the confirmation of appointment of commissioners for the INEC dated November 27, 2020.

According to the President, the request was made pursuant to Paragraph 14 of Part I(F) of the Third Schedule to the Constitution of the Federal Republic of Nigeria (as amended).