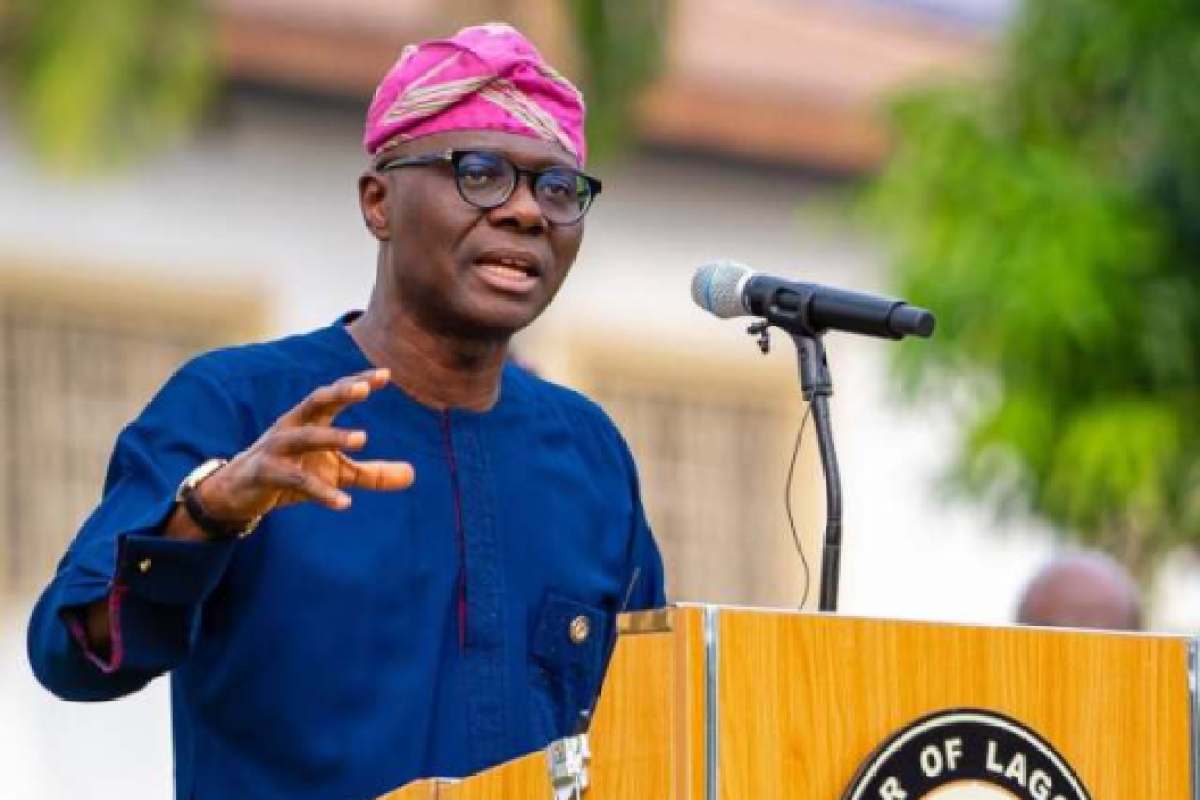 Lagos State Governor, Mr Babjide Sanwo-Olu has said that the recent #EndSARS protests brought out the need for governments at all levels to redouble their efforts and prioritise youth development and empowerment.

To this end, the governor disclosed that his administration has earmarked a special provision for youth capacity development in the 2021 Appropriation Bill awaiting approval by the state House of Assembly.

Sanwo-Olu made the remarks on Friday, at the inauguration of various capital projects in Agboyi-Ketu Local Council Development Area, LCDA and Apapa-Iganmu LCDA of the state as part of efforts to scale up service delivery.

At the separate events, Sanwo-Olu inaugurated each of the three-storey buildings held in the two councils’ headquarters.

The Governor and his entourage, which comprised the Deputy Governor, Dr. Obafemi Hamzat, members of State Executive Council, and political leaders led by All Progressives Congress (APC) chairman in Lagos, Tunde Balogun was received by jubilant residents.

Also, a 28-room secretariat complex in Agboyi-Ketu LCDA was named in honour and memory of late Senator Adebayo Osinowo, who represented Lagos East Senatorial District in the Senate until his demise last June, the council headquarters in Alapere,

Sanwo-Olu, seized the opportunity to canvass support for the APC candidates in the forthcoming by-elections in the East senatorial district and State Assembly seat in Kosofe II Constituency, Mr. Tokunbo Abiru, and Femi Saheed.

While inaugurating the buildings, the Governor commended the council chairmen, Dele Osinowo (Agboyi-Ketu) and Dr. Funmilayo Akande-Mohammed, Apapa-Iganmu, describing the initiatives as “symbolic strides” that would bring good governance close to the grassroots and strengthen the capacity of the councils to deliver on their mandates to residents.

Sanwo-Olu said the decision of the council leadership in Agboyi-Ketu to name the edifice after the late Sen. Osinowo testified to the immeasurable contribution made by the late Osinowo to the council area, describing him as “grassroots progressive and benevolent politician,” in his lifetime.

According to the Governor, “The completion of this new 28-room Administrative Block constructed by Agboyi-Ketu LCDA is not only historic, but it is also unique and symbolic because it is the first stride to immortalise a great man, a progressive and grassroots politician, Sen. Adebayo Osinowo, who passed away in June. Also, I sincerely congratulate and commend the Apapa-Iganmu LCDA chairman, Hon. Funmilayo Akande Muhammed and her team for the laudable achievement of delivering a modern secretariat complex in the council.

“I have no doubt that these new complexes will provide the much-needed conducive work environment for public servants working in the councils and enhance their productivity and better service delivery.

“While projects such as these are really a commendable initiative, as they will have a great impact on the workforce at large; it is important to emphasise the need for all of us to understand that public infrastructure are part of our commonwealth being provided with public funds. We must safeguard them against vandalism, as witnessed in the State in the past couple of weeks ago.”

Sanwo-Olu also used the occasion to highlight his administration’s programmes targeted at driving development at the grassroots, stressing that his Government had supported the physically-challenged and provided low-interest loans to support thousands of women across the State.

He, therefore, cautioned youths against willful destruction of the Government’s assets and infrastructure built with public funds, saying “the recent EndSARS protests brought out the need for governments at all levels to redouble their efforts and prioritise youth development and empowerment.

The Governor disclosed that the state government was about to commence a Graduate Internship Programme, under which 4,000 young graduates would be engaged training and paid N40,000 monthly stipend for six months. He urged local councils, as the independent tier of government closest to the people, to embark on welfare projects in their communities and give people a new feeling of governance.

He said: “As we prepare for a new fiscal year, let us ensure that adequate plans are put in place to, more than the current year, ensure that the welfare of our young people, women, elderly and the physically- challenged are well catered for. At the State level, we have made special provisions for youth capacity development in the 2021 budget.

“This is in addition to the ongoing youth empowerment programmes, including the Graduate Internship Programme under which 4,000 thousand young graduates would be engaged and paid a monthly stipend of N40,000 for 6 months.”

Agboyi-Ketu LCDA chairman, Osinowo, said the inauguration of the new secretariat would enhance the capacity of the council to bring dividends of democracy to people at the grassroots. He said the council took the decision to immortalise the late lawmaker, given his legacy and impact in the locality.

He said: “The edifice is massive to herald a new beginning in our administration’s quest not only to improve the landscape and aesthetics of community but also boost our drive to deliver governance at the grassroots. The building is constructed to provide a conducive and enabling environment for our public servants and the residents to the interface.

“The decision to name the edifice after the late Senator Adebayo Osinowo was taken by the distinguished members of the Agboyi-Ketu legislative council during a special plenary session in honour of the late Senator.”

Osinowo hailed Sanwo-Olu for listening to the residents’ request to rehabilitate Demurin/Agidi Road and construct concrete lining in Ogunsombo-Igbonla Channel, among other State Government-led projects in the council.

The Governor urged residents to take ownership of the projects, asking them to protect the infrastructure initiated for their use.

Akande-Mohammed said the projects were part of the deliberate efforts of the Apapa-Iganmu council leadership to drive up socio-economic growth and enhance wellbeing in line with the needs of the residents.

In order to make his administration’s grassroots engagement more robust, Sanwo-Olu, during project commissioning at Apapa-Iganmu LCDA, announced the immediate appointment of Babatunde Adewale as Special Adviser (non-cabinet) on Community Development. This announcement was greeted by spontaneous jubilation, with Ijora Badia residents thanking the Governor for the choice.