President Muhammadu Buhari on Thursday night in Abuja received Governor Dave Umahi of Ebonyi, who recently defected to the All Progressives Congress (APC) from the Peoples Democratic Party (PDP).

The News Agency of Nigeria (NAN) reports that Mr Sunday Aghaeze, the Personal Assistant to the President (Photography), confirmed this in pictorial reports released in Abuja on Thursday evening.

Umahi, along with members of his cabinet, on Tuesday defected from the PDP to the APC, citing injustice to the South-East by his former political party. 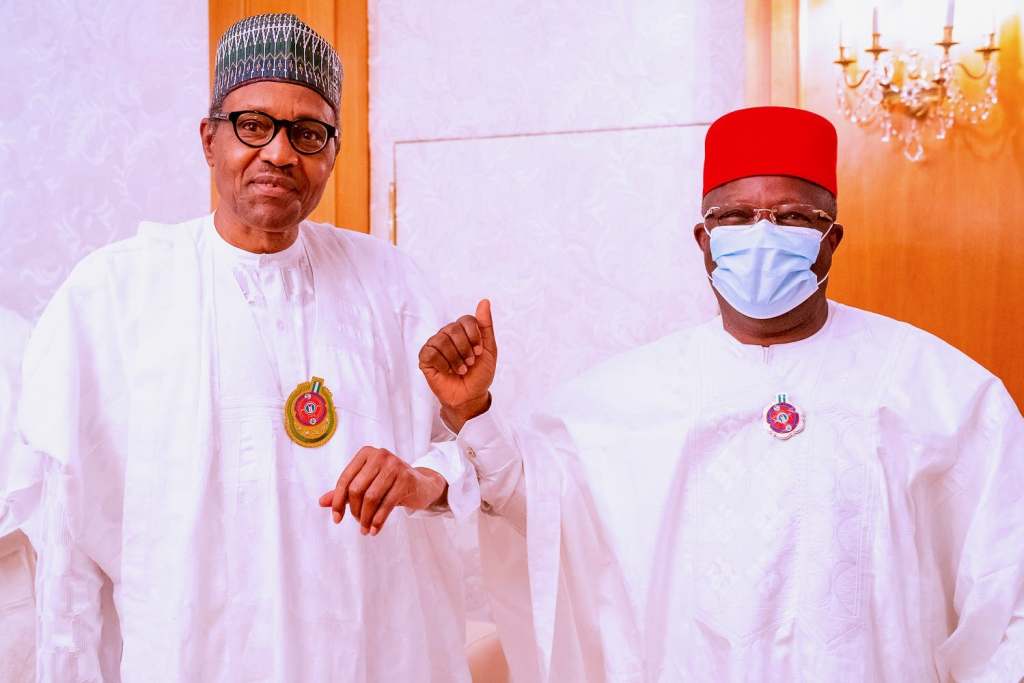 Buhari had on Nov. 18 commended Gov. Umahi for defecting to the APC, urging Nigerians to pay less emphasis on identity politics to enhance democratic culture.

A statement by Malam Garba Shehu, Senior Special Assistant on Media and Publicity to the president, quoted Buhari as describing Umahi’s defection as “a bold move driven purely by principle rather than opportunistic motives”.