A Member of Gombe State house of Representatives, Simon Karu has made known that he and his colleagues receive N8.5 million apart from their salaries.

Karu further stated that he and his colleagues receive a sum of about N9.3 million monthly.

He said they receive N8.5 million as “running cost”, although the salary of a legislator in the lower legislative chamber is N800,000. 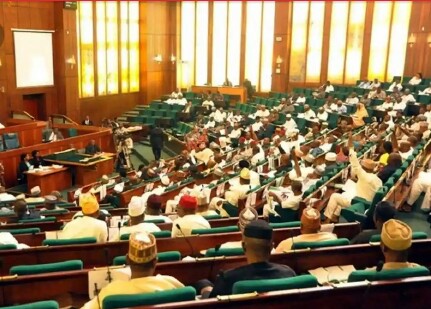 The total take-home pay of members of the national assembly has been shrouded in secrecy.
It was noted that in 2018, the senator representing Kaduna central, Shehu Sanni, disclosed that senators get N13.5 million monthly, aside from salaries.

While speaking at an event to mark the country’s 60th Independence Day anniversary on Thursday in Abuja, themed ‘FixingNigeria at 60 – Sustainable and efficient democracy: Issues on accountability and transparency in governance’, the Gombe lawmaker said most of the money is channelled to his constituents who ask for assistance.

“Those of you who know, know that I said exactly what it is. The problem is what the constituents demand, and when you don’t meet [up], they begin to call you names.

“Just before I walked to the stage I received three emails from my constituents demanding money and jobs. When you don’t, it becomes an issue.”

On his part, Dino Melaye, former senator representing Kogi west, said a lot of the country’s problems would be addressed if corruption becomes a thing of the past.

“If you get the fight against corruption right, every other thing will be fixed,” Melaye said.

Melaye also called for the establishment of a national office to address the problem of budget padding.

“We need a national budget office. Nigeria is the only country without such an office and until we have it, budget padding will not stop,” he said.

“No matter the kind of budget we throw, if the political culture is corrupt, we can do nothing,” he said.

The ruling All Progressives Congress, APC, has sought the help of religious prayer warriors to salvage what remains of the opposition Peoples Democratic Party, PDP, saying the PDP exhibited a gross act of irresponsibility by attacking the Independence Day speech of President Muhammadu Buhari .

In its reaction titled “PDP needs total deliverance for attacking PMB’s Independence Day speech” and signed by its spokesman, Yekini Nabena, the ruling party said it has become clearer that “the main opposition PDP and its elements need the sympathies of all well-meaning Nigerians because the vision and the ideal dream on how to build a great nation seems to have eluded the former ruling party.”

It said President Buhari in his Independence Anniversary message gave hope to Nigerians and Nigerians to trust their leader whose integrity has been proven.

According to the APC, “the misinterpretation of Mr President’s Independence Day speech by the PDP is an act of irresponsibility that requires prayer warriors to make it whole”.

APC noted that the reassurance was given by the President’s speech, especially to lift about 100 million Nigerians out of poverty “should ordinarily fascinate all patriots but because of bad politics, the PDP and its elements would blind their eyes to such re-proclamation and others.”

“Understandably, the PDP leaders would prefer the continuity of the locust era but the reassuring takeaway in the speech of Mr President is a spoiler to their evil plans. The speech further showed commitment to investing more in Buhari’s Agrarian Revolution, digital economy, medium and small scale industries as a sure way of gradually lifting people out of poverty.

“Surprisingly, the opposition party had the guts to criticize the commendable and courageous step taken by this administration to end the era of robbing Peter to pay Paul in the oil sector by totally embrace deregulation which in turn will bring about massive job creation, business opportunities and attract more investors. For so many years, the dying PDP could not summon the courage to do this simply because of corruption.

“President Muhammadu Buhari and the APC administration are enjoying the goodwill of Nigerians in the majority and our people know that the challenge associated with the removal of fuel subsidy is temporary. Therefore the manipulation tactics and the hatred being spread by the PDP and its leaders will definitely fall on the infertile soil.

“For us, we can only urge the prayer warriors around to always remember the dying PDP in prayers while Nigeria continues to move on the path of greatness”, APC concluded.

PDP had in its reaction to the presidential speech described it “as a huge slap on the sensibilities of Nigerians”.

Specifically, it said: “President Buhari’s attempt to justify the increase of fuel price in Nigeria by comparing it to the N168 per liter cost in Saudi Arabia is a morbid joke”, noting that “the minimum wage in Saudi Arabia is N305,113 (3000 Saudi Riyals), ten times higher than our paltry N30,000 which is largely unimplemented in Nigeria. 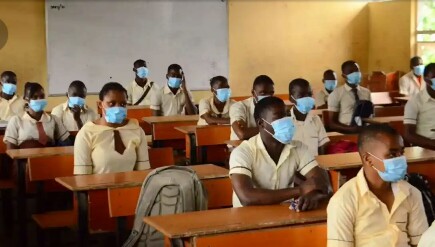 The federal government has ordered the reopening of all schools in Nigeria.

The minister of education, Adamu Adamu, made the announcement during a press briefing in Abuja on Friday.

He advised all institutions to obey and adhere to the guidelines for the reopening of schools, earlier announced by the presidential task force.

He said all unity schools should open by October 12 “while states and private schools will determine their own modalities of reopening.”

Many states including Lagos, Oyo, Kano and Enugu, have since announced dates for the reopnening of schools in their statess.

It would be recalled that the federal government ordered the closure of tertiary institutions, secondary and primary schools nationwide following the outbreak of coronavirus in the country in March.