The pupils, through their parents, were each given N20,000 to enable them to purchase essential educational materials.

Speaking at the disbursement exercise in Kirikasamma, the council’s Education Secretary, Alhaji Abdullahi Mohammed, said 912 primary one and 438 primary two pupils benefitted from the gesture.

Mohammed said the schools selected were located at the council’s remotest areas; where access to education was low.

In her remarks, Hajiya Ramatu Muhammed, the GEP Co-ordinator in the state, cautioned parents against using the funds for unintended purposes.

She said each pupil was expected to buy books, uniform, shoes, hijab and water bottle with the N20,000 paid to her.

On behalf of the beneficiaries, Zainab Yunusa, a mother, expressed gratitude to the state, federal government and the development partners; for their support.

She assured that the funds would be judiciously used for the purpose intended.

The Minister of Education, Mallam Adamu Adamu, in June 2016, inaugurated GEP and the Nigerian Partnership for Education Programme (NIPEP).

The theme was: “Improving Access and Quality of Basic Education with Emphasis on Girls Participation.”

The particular focus was especially “on how to bring more girls to school and make them stay in and learn.”

He listed the benefiting states to include: Sokoto, Kaduna, Kano, Jigawa and Katsina.

“Since the effort is to bring more girls to school, we are focusing on five states in the North-West that have more girls out of school — Sokoto, Jigawa, Kano, Kastina and Kaduna.

“The allocation is 100 million dollars. 95 per cent of it is for the five states while five per cent is for the supervising ministry and the Universal Basic Education (UBEC).

“The programme will provide scholarship for girls and give incentives so that they can come to school and stay in school.

“There will also be incentives for female teachers of the schools,” Adekola said.

No fewer three settlements, including a clinic funded by the United Nations Children’s Fund in Borno State have been attacked by Boko Haram.

Two of the attacks were hatched by the insurgents on Thursday in the Bama and Rann areas, while the third attack happened in Jakana on the Maiduguri-Damaturu Expressway Friday evening.

The UNICEF funded clinic was razed. 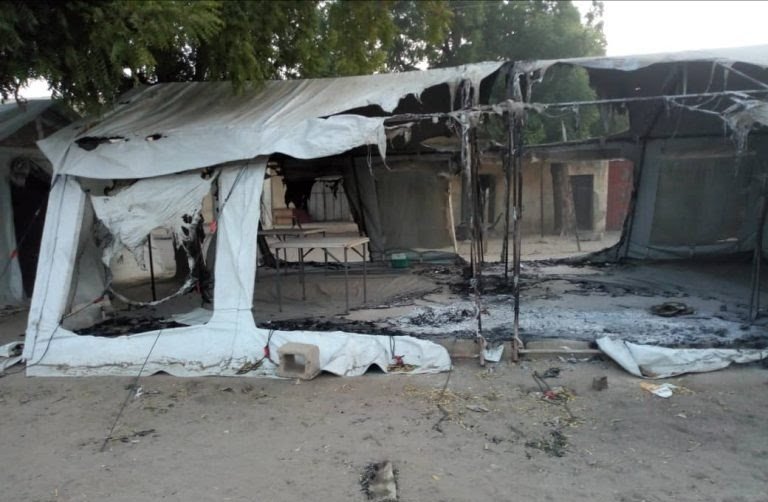 According to security sources, gunmen suspected to be Boko Haram members made an attempt to infiltrate Bama town on Thursday evening.

A security source, who confided in our correspondent, said, “The insurgents wanted to invade the town to cause havoc, but unfortunately for them, they were met by battle ready soldiers who repelled them.”

A resident of the town, Yusuf Abdullahi, told Saturday PUNCH that the people of the town were suddenly woken up by the sounds of gunfire and rockets.

He said throughout the night, no one could sleep in the town as the soldiers engaged the insurgents.

In Rann, the Boko Haram were said to have destroyed the UNICEF clinic, the only healthcare centre in the town which at different times had been attacked by the insurgents.

A military source told our correspondent that the Nigerian military was able to repel the insurgents after a fierce gun battle on Thursday.

A resident of the town, Yabawa Aji, in a telephone chat with our correspondent with all manner of equipment and shot indiscriminately.

He said the casualties could not be ascertained yet as many fled into the bush for safety, lamenting that some of the fleeing residents were caught in the crossfire.

In a statement confirming the attack on Rann, the Chief of Communication at UNICEF, Eliana Drakopoulus, said: “Late last night, there was fighting in Rann and several structures were burned, including a UNICEF-supported clinic.

A 17-year-old secondary pupil, Kehinde Timilehin, has killed a schoolmate, Favour Matthew, 16, after engaging in a contest to test their juju.

The two pupils of Ado Grammar School, Ado-Ekiti were said to have engaged each other in a juju contest after which Matthew, a Senior Secondary School 2 pupil, reportedly went home to bring an axe to attack Timilehin.

Sources said Timilehin, who was in SSS 3, overpowered Matthew, collected the axe and struck him in the chest, leaving him in a pool of blood.

Matthew was rushed to the Ekiti State University Teaching Hospital, Ado-Ekiti, where he died.

In the wake of Mathew’s death, the Ebira community along Ado-Federal Polytechnic Road reportedly threatened a reprisal against the Yoruba community in the area.

Consequently, parents of pupils of the school did not allow their wards to attend the school on Friday. It was learnt that the few pupils who showed up in the school were turned back at the gate.

Policemen were deployed in the neighbourhood to prevent a breakdown of law and order while a police van was stationed at the school gate.

The school principal, Mr. Ebenezer Falayi, and the vice principal, Mr. Olurotimi Olaoluwa, explained that the incident occurred around 2.15pm after closing hours.

Falayi said, “This incident really saddened us because it was avoidable. What I gathered from students who were at the spot was that the two were arguing over who had superior power and the deceased had earlier gone home to bring weapons, which did not have any effect on the suspect when used on him.

“I was told that the suspect later overpowered the victim and struck him in the chest with the weapon. Our teachers, including me, the vice principal and registrar who reside in the school rushed him to EKSUTH. We even took the suspect along.

“The victim was put on life support, but that could not help the situation. He died in the hospital. I had to quickly call the Divisional Police Officer of the Odo-Ado Police Station who deployed his men in the area. We also contacted the police station at Oke Ila, Ado-Ekiti, to prevent the suspect from being killed by highly enraged family members of the deceased.

“The hospital insisted on conducting an autopsy before releasing the corpse, but the family resisted it. The corpse was later released to the family when it nearly led a crisis in the hospital.

A Karmo Grade I Area Court, Abuja, has sentenced a labourer to two months in prison for stealing one roll of sachet Cowbell powdered milk, a carton of Vaseline Blue Seal and one crate of eggs. 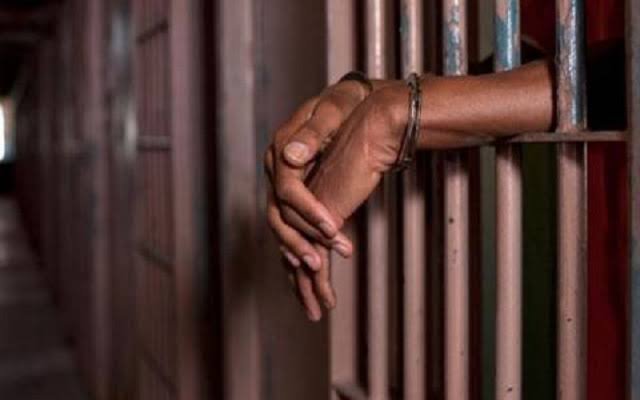 Maiwada, however gave the convict an option to pay a fine of N5, 000 while warning him to desist from committing crime.

The judge ordered that the milk be returned to the owner.

The prosecutor, told the court that the convict broke into Sani’s shop and stole a carton of Vaseline Blue Seal, one roll of Cowbell powder milk, and one crate of egg all valued N5, 000.

Ijeoma said that the convict was apprehended and handed over to the police immediately.

She said that during police investigation and interrogation, the convict admitted to committing the offence and one roll of powder milk was recovered from him.

The prosecutor said the offence contravened sections 354 and 287 of the Penal Code.

The convict pleaded guilty to the charges and begged court for leniency.

Ijeoma, therefore, urged the court to invoke Section 347 of the Administration of Criminal Justices Act, 2015 on summary trial.